skip to main | skip to sidebar

DO THE MEDIA HAVE A DUTY TO INFORM THE PUBLIC WHEN “DELIBERATE NEGLIGENT UNDERSTAFFING” COMPROMISES THE SAFETY OF PATIENT CARE? 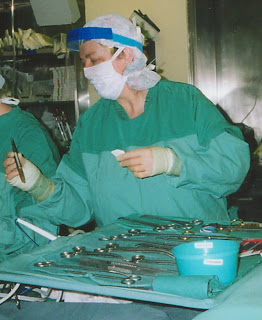 I owe a huge debt of gratitude to thePetitionSite.com, to Care2.com, CitizenSpeak.org, World-inet.com and this Blogspot Site for giving me a voice. Like a high tech “Speakers Corner,” a loud hailer on the world, the Internet can only help us to proclaim the truth with dedicated Websites like these. Humble citizens feel really helpless to fight injustice when all the press can focus on is Corporate grandstanding and sensationalist horror. I have certainly come to appreciate all the Internet Blog sites that have posted my comments or helped publicize this issue: CommonDreams.org, AlterNet.org, BillFarkas.com, “The Justice Brigade” on My Space, “Talk back to Al” (Lewis) and informative Medical threads like AllNurses.com and “Every Patient’s Advocate.” There are countless others I have yet to find on the web as the people’s voice grows louder by the day. The Internet gives ordinary people a unique opportunity to speak out at a time when the media is fast becoming a wanton propaganda machine by ignoring any responsibility to conscientiously inform the public.
In my last post, “An Exhausted Surgical Team Endangers the Patient,”
I posed the question: “How Long is Too Long for a Member of the Sterile OR Team to Remain Continuously Scrubbed into Surgery without a break?”
I recently contacted a well respected investigative reporter with the local Baltimore newspaper to explain my case and ask him to make inquiries at my former Hospital. He told me that staff left stranded scrubbed into Surgery for twelve hours without a break wasn’t really a story and it wasn’t worthy of any investigation. Before it would become an issue that he might look into “people” (yes he did say “people” plural) would have to die as a result of this negligence! Can you imagine the court case: “We were really sorry your mum died in Surgery due to a completely avoidable error, but my scrub had been bursting for a pee for over eight hours and her supervisor claimed she didn’t ask to be relieved?” Now that would make headlines all right!
At my Arbitration Hearing my former Hospital admitted on tape to leaving me stranded in Surgery for a period that was documented in the final ruling as 16hours (it was in fact 12hours) without relief. What is truly shocking is that 12 or 16hours of continuous work without water, food or urination was considered acceptable practice and not inhumane treatment of staff. It was OK simply because my Nurse Manager said that I hadn’t asked for a break.This shameful admission was also made to the Maryland Board of Nursing, EEOC and the Maryland Commission on Human Relations, but they all accepted the same fictitious excuse that would have made no sense even if it were true. Not one of these agencies bothered to consider the danger to the patient that any normal employee might present by working until they nearly passed out in Surgery.
Shame on Maryland Board of Nursing this is a very dangerous practice. Did EEOC or MCHR protect my human rights? No.

Great site! I work on a rehab ward, but I've seen the same general principles at work that you've seen in OR. Understaffing is easily the biggest contributing factor to falls, MRSA infections, med errors, etc., and yet management tries to fix the problem by every means BUT adequate staffing: more micromanagement, more committee meetings, more tracking forms, more posters and slogans. I've got a post on that general theme here, if you're interested:

"Blaming Workers for the Results of Mismanagement" 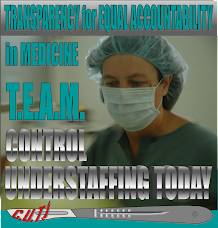